Educated and trained in the United Kingdom in Multi-Cultural Education, Elizabeth read her Master of Philosophy (MPhil) in Education at the University of Cambridge. Her Cambridge links see her actively involved in the Oxford & Cambridge Society of Malaysia of which she is a past President.

A veteran in the field of private higher education provision, Elizabeth also serves on National Higher Education Research Institute (IPPTN) and the International Academic Advisory Council (IAAC) of Jeffrey Cheah Institute on Southeast Asia. She sits on the Board of Management of the Master Builders Association of Malaysia Education Fund and also the Board of Trustees of MERCY Malaysia. A thought leader in her own right, her recent international invitations to speak include the Harvard Business School, University of Cambridge, University of Oxford and the University of Edinburgh. She is also known as an advocate for women in leadership and serves as a mentor in the ICAEW global programme for specially chosen female corporate leaders.

In August 2014, she was conferred the Doctor of Laws (Honoris Causa) by the University of Nottingham for her immense and exceptional contributions to education in Malaysia. She is also a recipient of several international and national awards which include the Visionary Women Leadership Award at the 2nd World Women Leadership Congress & Award (WWLCA) in Mumbai (2015), the Malaysia Most Impactful Leadership Contribution Award 2014 by Asia Success Inc. and the Outstanding Asian Women Community Contribution Award from Malaysia Women’s Career Building Association in 2011.

Elizabeth was recently elected a member in the Malaysian Qualifications Agency (MQA) Council effective January 2016, Chair of the MQA Investment Committee and member of the MQA Disciplinary Committee since 1 February 2016.

In April 2016, she was conferred a second honorary doctorate by Victoria University. The Doctorate of the University award is in recognition of Elizabeth’s role as a distinguished educator, for her work in promoting international education and issues relating to the education of women. The award also recognises her pivotal role in fostering the partnership between Victoria University and the Sunway Education Group.

In her personal capacity, she has written and edited a number of children’s English storybooks for early language learning. Her culinary interests find her serving on the National Council of the Confrerie de la Chaine des Rotisseurs, Baillage de Malaisie, where she is the Baili Regional for the state of Perak.

She is married to Company Director Mr Cheah Ming Chiew. They have three daughters, aged between 19 years and 22 years.

Mr. Faris Hadad-Zervos is the World Bank Country Manager for Malaysia, based in Kuala Lumpur.

Mr. Hadad-Zervos, a US national, joined the World Bank in 1996 with the Private Sector Development Department. He served as Head of Mission for Iraq (2003-2005), Operations Manager for the West Bank and Gaza (2005-2008), and Country Manager for Bolivia (2012-2015). In 2008, Mr. Hadad-Zervos took a leave of absence from the World Bank to serve as the Deputy Head of the Quartet Office for the Middle East Peace Process, based in Jerusalem.

Ms Ng Yeen Seen is a public intellectual and a young thought leader. She was named a Young Global Leader by the World Economic Forum in 2016 and was recently appointed as an Ambassador for TN50 (National Transformation 2050) by the Government of Malaysia.

She is the Chief Executive Officer of the Centre for Research, Advisory and Technology (CREATE). Yeen Seen is the Founder of #OpsHarapan, a grassroots movement when the worst flood hit the East-Coast of Peninsular Malaysia in 2014. Today, the movement continues their work in nation building by bringing hopes and opportunities to local communities.

An Accounting graduate of Cardiff University, UK; she holds a postgraduate degree in Education Policy from Warwick University, UK. 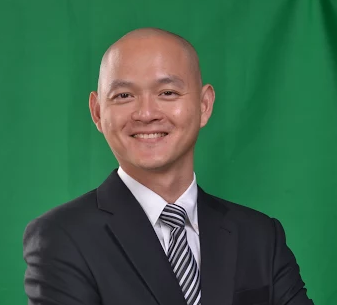 Ong Kian Ming obtained his PhD in political science from Duke University, where he was a Fulbright Scholar. He is currently the Member of Parliament for Serdang, representing the Democratic Action Party (DAP) which is part of Pakatan Harapan (PH). He is the party spokesperson on environmental and health issues. He is also the General Manager of the Penang Institute in Kuala Lumpur.

Prior to being elected into public office, he was a lecturer and political analyst at UCSI University, a private university in Kuala Lumpur. He was also the director of the Malaysian Electoral Roll Analysis Project (MERAP). Prior to his PhD, he worked as a consultant with the Boston Consulting Group (BCG) in the KL.

He holds a BSc in Economics from the London School of Economics (LSE) and an MPhil in Economics from the University of Cambridge. He completed his O levels and A levels in Raffles Institution and Raffles Junior College in Singapore under the ASEAN scholarship. He studied in La Salle PJ (Primary and Secondary) until Form 3. He was born in Kuala Lumpur and grew up in Petaling Jaya. He calls Serdang home now.